Eric Luttrell took the world of electronic dance music by storm with his debut single Need You on Anjunadeep. Since then he has become one of the brightest stars on the Anjunadeep Roster. Having played at festivals like Coachella, Burning Man and Above & Beyond’s landmark show ABGT 250, Luttrell has been traveling the world. He has had some stellar releases like Need You, Generate, Contact and the more recent Intergalactic Plastic which have received some massive support over the radio waves from hosts like Annie Mac, Pete Tong, Above & Beyond and many more.

A year of fantastic music and shows around the world finally brought him to India last week. His India Tour with Submerge saw Luttrell playing sold out shows in Mumbai, Hyderabad, and two Smirnoff Experience exclusive shows in Bangalore and Delhi over the past week. We got a chance to sit down with Eric for a little chat while he was here. Read the full interview below. 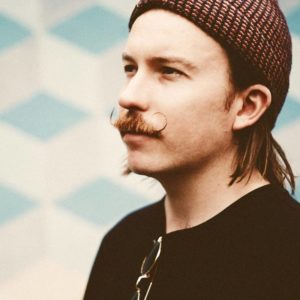 Welcome to India Eric. How are you doing? How has 2018 been for you?

Hey, I am great. It was a long flight so I am a bit tired. 2018 has been a great year so far. I’ve had a couple of releases on Anjunadeep and have been doing the Anjunadeep Open Air shows over the summer which have been phenomenal. I am also writing a lot of music and have got some new stuff in the pipeline. So looks to be an exciting year.

This is your first India Tour, what are your expectations? Have you taken any special notes from your Anjunadeep colleagues who have visited us over the years? How has your interaction been with Submerge?

I have heard some great things from my friends over at Anjunadeep. I’ve also heard a lot of them fell sick because they ate the wrong food. Our western stomachs cannot handle all that spice most of the time and gets upset. So I am going to make sure I don’t eat too much spicy food. Working with Submerge has been great and they seem like a great team to work with. I am looking forward to the rest of my tour and meet all the fans.

You have been working closely with Anjunadeep for a few years now. How has the journey been so far?

It’s been almost exactly 2 years since I released my first single on Anjuandeep. The team has been super supportive of me and given me lots of opportunities so I am grateful for that. They are a bunch of super nice people so it’s great working with them.

Your debut EP on Anjunadeep ‘NEED YOU’ was an instant hit and surely put you into the big leagues. Shifting from ‘The M Machine’ to your solo project as LUTTRELL, how did the idea of bringing up a solo project happen?

It happened pretty organically. I had not thought about it as some big thing I wanted to do but it kind of fell in place. Even during The M Machine days, I used to write a lot of music on the side but never really got around to releasing any of it. I wanted to put out the music on SoundCloud for free downloads to see what people think. But before I could do that I talked to Mat Zo who is a good friend and showed him the demo. He gave me a contact at Anjunadeep and asked me to send the music to them. I did that and the Anjunadeep guys loved the music and signed me up. So it was like a lucky conversation with Mat Zo that triggered the whole journey.

Could you tell us more about your early years as an artist? When did you start making music and who were some of your inspirations?

Well I started making music when I was 14 and it was all acoustic, singer-songwriter stuff. Back then some of my inspirations were The Smashing Pumpkins, Iron & Wine, etc. I used to listen to a lot of Neil Young, Sufjan Stevens and melodic stuff. I was a big fan of the 80’s synth pop while in high school so that had a lot of influence on my music.

Your tracks like Contact, What You Are, Generate make use of some soothing vocal samples which give your tracks that euphoric feel that your fans connect with. How do you find the perfect vocal samples to use in your tracks?

It’s usually kind of random. I play my track on a loop and go through a bunch of vocal samples that I like to find the right fit for the track. So I kind of cycle through them to see which one sounds the best. Need You was the third sample I had listen to and decided to go with it. So that is how my selection process works.

We know that you love your Sushi. Are you planning to go on a Sushi Run while in Hong Kong for ABGT300?

Absolutely! I love Dim Sums as well but I am a big fan of Sushi. If I could eat Sushi every day I would do it. I am definitely planning to go around in Hong Kong and have as much Sushi as I can.

From San Francisco clubs to Burning Man, from ABGT 250 to ABGT 300, from the studio to around the world, how has life been on the road for you? Any Tour Routine that you stick to when you are on the go? What about production on the go?

I really like travelling. When I was traveling with The M Machine it used to be 2 or maybe 3 people so I always had great company. With the Luttrell stuff, it’s more of a solo travel but I wouldn’t say it’s a bad thing as it gives me a lot of time to work on my music, read a book, watch movies that I missed. It’s nice to have some time for yourself to just chill and focus on yourself. Especially flying, I used to dread flying earlier but now I can do 14 hour flights just like that. It’s so relaxing, you sit in the plane, they get you wine and food and you can watch movies. So it’s pretty fun.

What can we expect from Luttrell in Hong Kong at ABGT 300?

You can expect a lot of new music. I am testing out new stuff all the time. Maybe I will try out some of the new stuff tonight. But in Hong Kong, I’ll definitely be trying out new things.

Now, the most important question of all, What is the secret behind that Epic Luttrell Moustache?

The secret is this special moustache wax. It’s actually a little tin of Bees Wax which has a dark brown dye in it. The real secret is dropping the whole tin in super-hot water. That gets the wax nice and soft and then you can take a little on your finger nail and twist it up. You need to have the moustache growing long enough to do that and then just curl it up with the wax. I spend a couple of minutes on this fun hobby every day. 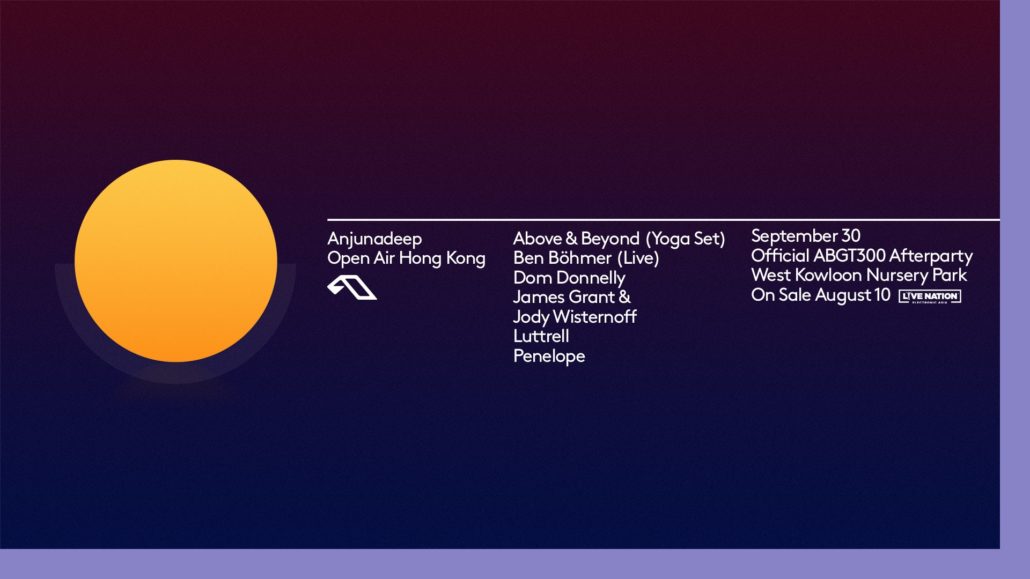 We are sure all of you had an amazing time at Luttrell’s gig in your city and can’t wait to see him once again. We at Submerge & CME are looking forward to catching him Live in action at the Anjunadeep Open Air in Hong Kong end of this month. Keep an eye on our page for Live updates from ABGT300.